The Triple Aim of Healthcare

The physicians of 307Health believe in the Triple Aim of healthcare. We believe that a direct primary care service model such as 307Health is better suited to support these three important aims than the traditional fee-for-service model.

The Triple Aim has been described by the Institute for Healthcare Improvement as a way to optimize healthcare for individuals and communities by focusing on three areas: 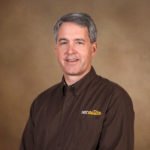 Dr. Tracy has practiced internal medicine and pediatrics in Powell since 2002, is board certified in both specialties and a fellow of the American College of Physicians. He received his M.D. degree from the University of Colorado in 1994 and completed his residency in the combined Internal Medicine and Pediatrics Residency Program at the University of Rochester in Rochester, New York in 1998. Dr. Chandler was born and raised in Wyoming. He graduated from the University of Wyoming in 1993 and received his medical doctor degree from Creighton University in 1997. After completion of his residency in Family Medicine at North Colorado Family Medicine in 2000, he practiced in Douglas, Wyoming before coming to Powell in 2004. Dr. Chandler enjoys spending time with his family, and they enjoy most outdoor activities. 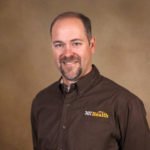 Dr. Dean Bartholomew grew up in Saratoga, Wyoming.  He attended Hastings College in Hastings, Nebraska, before attending medical school at the Creighton University School of Medicine where he graduated with honors.  After medical school, Dean completed his family medicine residency at the University of Nebraska Medical Center / Offutt Air Force Base in Omaha, Nebraska.  He spent the next four years at F.E. Warren Air Force Base in Cheyenne, Wyoming, before separating in 2008 at the rank of Major and as the Commander of the Aerospace Medicine Flight.  After one year on the teaching staff at the University of Wyoming Family Medicine Residency in Cheyenne, Dr. Bartholomew was recruited back to Saratoga in 2009.  For eight years, Dean and his wife, Tonya, operated the Platte Valley Medical Clinic in Saratoga and built arguably the most advanced rural clinic in the state (and here).